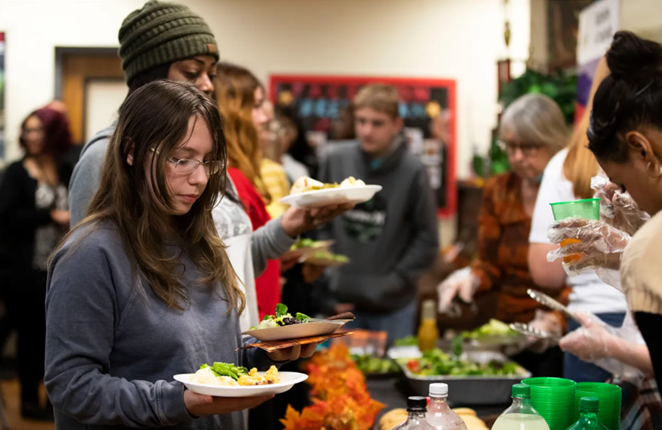 It started with $350 and the Dollar General.

Warren Cave's friend had four kids who were going to have no presents for Christmas in 2009. He couldn't afford to buy gifts that year.

Cave "adopted" the family, acquiring a modest trove of toys from the discount store with his own money. It was the children's favorite Christmas, he said.

Clean Start helps incarcerated individuals transition back into communities and supports their families, according to its website. The nonprofit also supports families facing hard times and at-risk children.

His Thanksgiving food recipients include girls and families at the Pace Center for Girls's Thanksgiving event, Pacegiving; children in Gadsden County and the Live Oak and Madison area; Big Brothers Big Sisters and a drive-by meal event for Capital City Youth Services.

He has already bought 150 Christmas gifts for local kids. He has 14 families, amounting to more than 30 kids, on his list to be "adopted" for the holidays.

Kristel Avilus, program director for Pace, has been friends with Cave for nearly 20 years. She said the school's annual Pacegiving couldn't have happened without Cave's donations.

"He is such a giving soul," Avilus said. "Anything we need for the girls, he gives. He gives more than he receives."

Pace eighth-grader Asia Cuyler, 15, attended the center's Pacegiving. She said she was grateful for Cave's support.

"I think it's special," Cuyler said. "I like how he's doing it for the girls and for people because you never know what people are going through."

Cave also provided catered barbecue dinners to individuals at the Kearney Center, a homeless shelter in Tallahassee where he teaches a weekly class on self improvement.

As Cave opened his Thanksgiving class on Tuesday, Nov. 15, he told his students it was a special lesson. It was his anniversary: 25 years since he last checked into a homeless shelter himself.

He always teaches about building a better future, said Theresa Roberts, who has lived at the Kearney Center on-and-off for about six years and is a regular in Cave's class.

"He gives us integrity, helps our inner person develop," she said. "A lot of people need to hear that."

Roberts said the number of people attending his class has tripled in the month she has attended.

"It lifts the people here up," she said.