‘The needs have grown substantially.’ Pace Center for Girls in Bradenton plans expansion 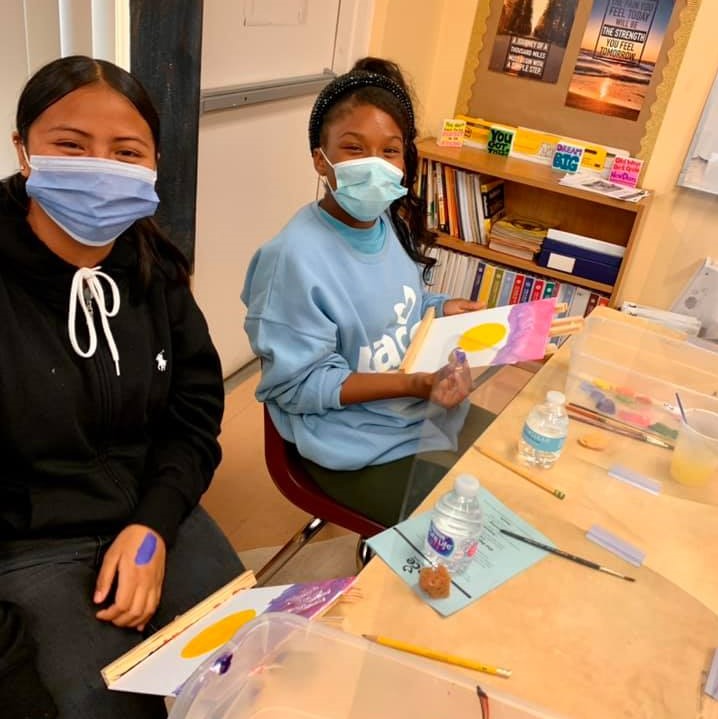 Shrouded by trees at the corner of 26th Street West and 36th Avenue West, the local Pace Center for Girls could easily be overlooked.

The 9,000-square-foot school — painted a bluish-gray color — is inconspicuous. But what happens inside that building is far from ordinary, students said.

Though all the students range from 11 to 17 years old, and most arrive about two years behind in their education, Pace girls come from diverse backgrounds. Some have a juvenile justice record, some grapple with trauma and some feel uncomfortable at traditional schools with packed hallways and one-size-fits-all classes.

But one year after finishing the program, the vast majority of girls have no involvement with the justice system, and more than 90% are active in school, higher education or a job, Pace reported.

The campus now serves more than 100 girls every year. And regardless of their motivation for coming to Pace, the Bradenton campus is struggling to admit everyone who needs help, said Amy Wick Mavis, the executive director of Pace Center for Girls Manatee.

Pace is always at capacity with 59 girls, while 10 to 20 are on a waiting list at any given time, said Wick Mavis, who joined the school more than two decades ago. During that time, she has seen enrollment increase by nearly 20%.

The solution? A full renovation of the 25-year-old building, along with the addition of 10,000-square-feet in new classrooms, security systems, technology upgrades and health services.

“When we construct our new building, we’re really looking at how we can serve girls new and different,” Wick Mavis said, sharing her vision for the new campus.

“How can we serve a younger girl? How can we look at certificate programs for our older girls who are maybe 17 years old but only have four credits? How can we look at getting them a GED and learning some life skills and trades so they can take care of themselves in the community?”

The project rendering shows a building with tall windows, stone accents and plenty of white, red and black, the colors that make up Pace’s logo.

Wick Mavis said the price tag was expected to hit $5 million. And with a recent $2 million request by U.S. Rep. Vern Buchanan, the school might be nearing its goal.

Pace was No. 1 on the list of community projects that Buchanan sent to the House Appropriations Committee for possible funding in 2022.

If that money becomes a reality, Pace would have about $4 million between the federal money and private fundraising, allowing the campus to move forward with its project, said John Horne, who co-chairs the capital campaign with his wife.

Amanda Horne, a longtime supporter of Pace, introduced her husband to the program for at-risk students about 15 years ago.

“It was like love at first sight, to see what they’re doing and the results they have with the girls,” John Horne said “You wouldn’t want to see them without Pace.”

‘WE SHOULDN’T BE ASHAMED’

For 15-year-old Max Cora, the school offered a chance to overcome feelings of shame about her past.

“We were homeless and living in a hotel,” Cora said. “At public school, I was in a thing where they would give you bags of food and I felt embarrassed to do that, to even take it, because it’s just something I didn’t want to talk about. And then when I would walk to the hotel, it was an embarrassment for me.”

Cora now tells her story with confidence. With help from teachers, counselors, academic advisors and fellow students at Pace, she has a new understanding about her struggles and triumphs.

The school, she said, was a small community where everybody had a story and nobody was quick to judge.

“We shouldn’t be ashamed of the things we go through,” Cora said.

Pace offers year-round classes, along with regular counseling for both students and their families, leaving the girls with a strong support system after they leave the campus.

Garcia-Avila, who previously attended a public charter school in Manatee County, described her past experience as “crowded and chaotic.” She now feels comfortable in the smaller, all-girl setting at Pace.

“This school is not very crowded and I like that because each teacher knows you very well individually,” she said.

Pace has tried to make the most of its Bradenton campus, which dates back to 1996.

School leaders converted an old workroom into a prize area for the girls. After earning points for hard work and good behavior, the students can pick from new clothes, makeup, toys, home decor, jewelry and gift cards.

Further down the hall, a metal storage cabinet holds donated hygiene products. The contents — including shampoo, deodorant and tampons — are free to the students at any time.

The school nurse uses an office space with one desk, one sickbed and some mood lighting, leaving just enough room for one student at a time.

That office, which is funded by Manatee Children’s Services, helps Pace address mild health concerns and return students to class, ensuring they don’t miss out on their education, Wick Mavis said.

In the new building, she hopes the nurse will have access to a fully-equipped office with its own sink, bathroom and sickroom for students.

She also envisions more classrooms and outdoor areas. Pace currently makes use of a small outdoor space with two tables and umbrellas — the work of a local Eagle Scout.

With more outdoor space, she said, Pace students could enjoy gardening or science projects. And with the introduction of a full kitchen, the girls would have access to cooking classes.

The Bradenton campus, one of 21 Pace Centers in Florida, has served local families well for more than two decades. The time for an upgrade was long overdue, said Mary Marx, the president and chief executive officer of Pace Center for Girls.

“When it was built, we didn’t really have a sense of what was the right size given the needs in the community, “ she said. “The needs have grown substantially.”

PACE BY THE NUMBERS

Pace, a free and voluntary program, said it costs about $15,600 to help an at-risk girl for one year. That was far less than the $55,400 annual cost to fund a girl in the juvenile justice system.

The campus in Bradenton served 101 girls in the 2019-2020 fiscal year. According to Pace, they shared several risk factors:

One year after leaving Pace, the school said, there were hopeful signs: