How Listening to Constituents Can Lead to Systems Change 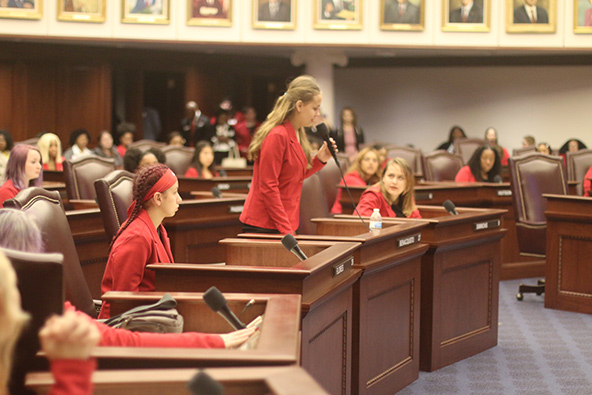 More and more nonprofits and funders are seeking participant feedback because, while experimental measures can surface the “what” of change, participant input can surface the “how and why,” and suggest concrete ways to improve. Such feedback can be an organization’s quickest and least expensive source of program insight and, when mixed with empirical metrics, can give the most nuanced picture of what helps or hinders participants’ success.

But the benefits of investing in participatory measures go even further: When we shared experience recently with 14 other nonprofits—that use survey and focus groups, participant councils, participatory action research, and more—we found that the process of building feedback mechanisms created more equitable practices across organizations and advocacy efforts. The impetus to seek stakeholder input in one area triggered an instinct to do so in others.

These findings matched our experience at Pace Center for Girls, a Florida-based multiservice nonprofit that serves girls with histories of trauma. On average, Pace and the nonprofits we studied reported a 27.4 percent higher commitment to inclusion (i.e. actively seeking input from all stakeholders) after implementing participatory methods, as well as a 17.4 percent increase in curiosity (a bias toward asking questions and seeking input) for decisions ranging from hiring to service delivery and technology investments. The most striking set of observations of this collective research, however, were nonprofit testimonies to the empowerment that participatory measures created in participants and community members themselves, and the will it stirred in them to change the systems standing in the way of their success.

Nonprofits in our focus groups and interviews told us they were collaborating with their participants to build an equity lens on advocacy in three important ways.

When Think of Us—a D.C.-based service provider and advocate for foster youth—undertook to understand conditions in group homes, it embedded three young adults with experience in the foster care system in its research team of seven, constituents who helped to interview 78 recent group home residents, aged 18-25, and interpret their responses as part of fact-finding related to a national call to reduce or eliminate such institutional placements. The resulting testimonies, which frequently compared group home placements to prison, including graphic tales of physical abuse and emotional trauma, were presented to child welfare leaders. This swiftly influenced those in several states to recommend policy changes captured in the report Away from Home, to eliminate group homes and expand the definition of “kin” to enable more children unable to stay with biological parents to live with family and friends.

Pace was similarly inspired, first by listening to girls in its programs, to begin more systematically listening to their caregivers, and to seek input from a broader set of stakeholders in the girls’ lives, and invest in community action research. Eventually, this initiative led to forming Girls Coordinating Councils (GCCs) to work with Pace staff, caregivers, educators, and juvenile justice officials to influence conditions in the community favorable to girls’ healthy development.

This effort has already borne fruit: In 2018, through interviews with probation officers and youth, the GCC in Broward County surfaced the problem of girls ending up in detention centers for failure to appear in court. The causes tended to be inadvertent, when the girls misplaced their papers, or forgot their dates, or didn’t have transportation. Moreover, they didn’t always understand the consequences of an arrest. To address this, the GCC developed a video with avatars of girls to convey what to expect when you’re arrested, and pocket resource cards in local languages—Spanish, Haitian Creole and English—with hotline numbers for case managers, transportation information, and means to contact the court in case of delay. In the next year, arrests in Broward declined 16 percent, and instances of failing to appear after arrest dropped 27 percent.

Giving stakeholders space to ask questions, interrogate findings, and brainstorm responses is a second way that peers evolved from listening to participants to empowering them to self-advocate.

For example, the Center for Employment Opportunities (CEO)—which works across 31 cities in the US to help formerly incarcerated individuals find steady jobs—began systematically soliciting participant feedback six years ago through a grant from Fund for Shared Insight. It found ways to improve its services based on that feedback, such as establishing Participant Advocacy Councils (PACs), which are groups of dedicated CEO participants and program alumni who engage in leadership development through a variety of different activities including storytelling, webinars and involvement with community organizing. PACs seek to empower participants to channel what they’ve experienced in the criminal justice system to advocate for social justice and criminal legal reform, focusing on a variety of priorities and topics. One PAC in New York (NY) partnered with local advocacy organizations to promote the Less is More parole reform bill, which was recently passed by NY state legislature. CEO plans to embed and expand PACs to all regions.

Another nonprofit we interviewed, Youth Truth, was founded in 2008 specifically to gather feedback from students about their education experiences. However, it evolved its surveys to include a broader group of stakeholders—family and teaching staff—and create space for all to ideate together. The collective responses from students, family, and teachers give a three-dimensional view of the education elements helping or hindering student success, and stakeholders ponder them in annual workshops where Youth Truth details survey findings, and stakeholders learn together to inform decisions on school hiring, program development, and instructional approaches. “The superintendent will bring everyone,” Jen De Forest, Youth Truth’s manager of partnerships, told us. “Folks are ruminating on the same problem, and the right questions get asked.” Youth Truth also workshops surveys responses with funders and school leadership to make meaning of student, parent, and teaching staff responses in ways that impact both education and education-related grantmaking.

Accountability Lab, in Mali, West Africa, is one such organization. It was founded to help citizens outside the epicenters of power to hold their local and national governments accountable. “We noticed that citizens and communities are rarely consulted about the decisions that affect their lives, particularly in hard-to-reach places,” said Global Program Manager Doussouba Konaté. Accountability Lab recruits community-based volunteers who gather information on critical problems affecting their own communities (often by oral surveys recorded on the app KoBo Collect). Then the nonprofit literally brings the voice of constituents to community meetings with power holders, or airs them on local radio programs. To capture the concerns of people living with disabilities, for example, Accountability Lab asked participants to voice record diary entries of their experiences over a few months, tracking their progress and their experiences facing discrimination.

Pace, founded in 1985, has evolved its participatory approaches to systematically equip girls to influence state policies. Indeed, Pace Day at the Capitol has become an annual event that brings Pace girls, leadership, and team members together in Tallahassee, FL, to meet with elected officials to advocate for themselves and all girls. In 2020, for example, Pace girls juxtaposed data from two national reports that showed Florida ranked last in access to children’s mental health services, with their testimonies to the need for such access in schools to Florida’s Children and Youth Cabinet. On the heels of their testimony the Florida legislature increased the state budget for mental health services in K-12 schools by $10 million in FY2021 and by $20 million in FY2022.

Practitioners and funders who want to influence their fields toward greater justice should start by building participatory feedback systems as part of their measurement approach. Once they capture stories and suggestions from participants—the true experts in their own experience—they can draw in broader stakeholder groups and ask: Are we soliciting and using community feedback to inform strategies that are themselves in the service of equity? Where they find room to advocate change, participants’ own testimonies and calls for action will be their most powerful allies.