Discover how Pace helps find the great in every girl 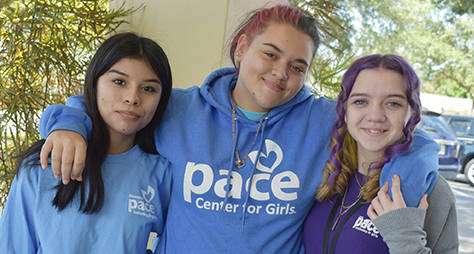 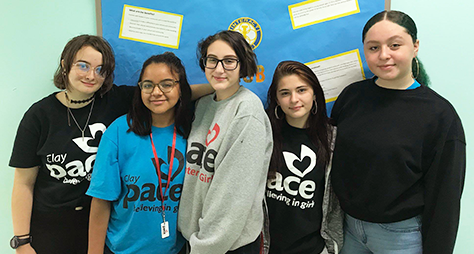 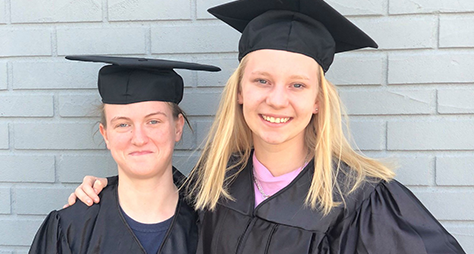 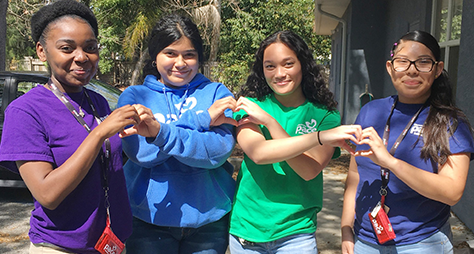 Taia started at Pace in August of 2019, she was 17 years old and just entering the 9th grade.

From the moment Taia walked through the doors she was engaged in her learning. She met with the Academic Manager to set up a plan so that she could meet her academic goals monthly. Each of her teachers worked with her individually to set up curricula that would assist her in moving quickly in her courses, while showing mastery.

Taia was eager to complete her coursework on time and dedicated countless hours to her schoolwork throughout the week and over the weekends. Taia studied hard for her End of Course exams and was able to use her scores on those test to CAP out of some of her required courses. With hard work and dedication Taia was able to complete 4 years of her academic career in just 9 months. We are so excited to share that Taia graduated this May on time, with her class. Taia is currently employed and looking into post-secondary opportunities.

Coping with the stress of being a teenager prevented Krizzel from reaching her full academic potential. Small classes, combined with staff ready to support and guide Krizzel, allowed her to manage her stress AND graduate from high school. Today Krizzel is 20 years old, a graduate of Kaiser University and employed as a medical assistant. Changing lives, one girl at a time…

Alexis came to Pace as a sophomore nearing failure in school due to excess absences. She was being bullied and didn’t want to face going to school. Truancy issues put her at-risk for dropping out completely. Alexis liked that Pace was a smaller school, “Pace is like a second family, you get to know everybody and you always feel like you are at home. Everybody is friendly.”

At Pace, Alexis’ counselor immediately began working with her on attendance. Because she had the habit of missing school, the first months were focused on changing her normal routines and adopting habits that would lead toward a successful future. Counseling at Pace also helped her build a stronger relationship with her family.

After the first month, Alexis’ attendance began to improve, and she began making progress. Inevitably, however, she would become frustrated in class and want to go home. In these instances, she was able to meet with her counselor for a short time, then return to class. In her words, “My counselor gave me advice on how to handle my moods and attitudes.”

Before transitioning to finish high school, Alexis received Pace’s monthly perfect attendance award twice, and achieved Level 4 in the 5-level award system. Alexis describes the support she received, “Pace is the type of school that they want you to achieve your goals in life, they want to see you do good with your grades, they are always there to help you get your grades up.”

Alexis is working toward her goals. She came to Pace as a sophomore and left, less than one year later, as a senior. She has a strong attendance record at school, and is on track to graduate.

Eileen Gonzalez-Cloud moved to Tallahassee after her family lost everything during Hurricane Andrew. Desperate to meet financial needs her father secretly started selling and using drugs, returning to a street lifestyle that he had previously left behind. Eileen’s mother was the true stronghold of the family but while she worked endless hours to support the family Eileen became the primary caregiver to her younger brother and sister. The pressure was too great and as a teenager Eileen became rebellious, engaged in substance abuse and fell in with the wrong crowd.
While she made mistakes and dealt with trauma and sadness she always knew that she could make her life different. Eileen, who now lives in North Carolina, found the help she needed when she enrolled at the Pace Center for Girls in Leon County. "When you come from a situation like my own, you need people who deeply care and are seriously motivated to help individuals," Cloud said. "Sometimes in this labyrinth we call life, you need a friend." That’s what she found at Pace.

Eileen is fondly remembered by Debbie Moroney, the founding Executive Director of Pace Leon. Debbie Moroney said Cloud is a girl she will never forget and remembers the hopeful girl who had so much potential. It is a joy to see Cloud rise above her challenges and be an inspiration.

As a Pace alumna, Eileen, who is married to professional boxer and a former IBF Light Heavyweight Champion Tavoris Cloud, said she is passionate about helping girls reach their potential through initiatives that include the American Achievers Foundation, an effort she supports.

Eileen has traveled several times between Tallahassee and North Carolina for Pace Day activities and to talk with girls currently attending the center. She has also spoken at the Capitol urging stronger policies to benefit girls served by Pace. In addition to her advocacy and philanthropy work Eileen is a mother to two beautiful home-schooled children and is a talented singer. During her last visit to the center she sang as well as spoke to the girls. "The words and the song were inspiring to me," said 16-year-old Jordan. She said Eileen's speech emphasized to her the importance of remaining strong and proud to be a Pace girl. Admiring Eileen's poised presence and warm demeanor, Jordan said seeing Eileen makes her think: "Wow, she did it so I can do it."

Eileen is currently authoring a stylized book about her life, as well as writing and illustrating a children's book. She was a student at FSU studying Psychology but opted for an online degree In Applied Behavioral Science to better support her children and husband.

Meet Abby – a bright, beautiful, honor-roll student who graduated from Dixie Hollins High School in 2015. Her future is full of dreams and possibilities, but her journey to this point was not so easy.

At a young age, Abby was removed from her mother’s care and lived with her father and grandmother. She was 14 when her mother died from lung cancer and complications of substance abuse. Abby felt she had been neglected and abused by her mother and abandoned by her father because he was rarely around. Abby began using drugs, skipping school, was falling way behind and her grades were mostly F’s. The positive and stabilizing influence in Abby’s life was her loving grandmother but even she did not know what to do to help.

That is when they found Pace. Abby was 15, sad and alone when she started at Pace. Through the guidance from her counselor, and the patience and encouragement from teachers, Abby began to respect her life and work through the multitude of problems that were keeping her from being successful. In less than two years Abby had grown in many positive ways, exhibiting leadership through speaking to community groups advocating for girls and young women, leading tours at Pace, and representing Pace as a model in Beth Dillinger Foundation’s Value Me Fashion Show. Abby also became confident enough to mentor another Pace girl when that girl’s father committed suicide.

Seventeen-year-old Jacqueline couldn’t believe it when she heard the news from her Academic Advisor. Not only had she finished the Pace program, but she earned enough credits to graduate a year early. Her hard work had paid off!

Jacqueline’s mom was deeply concerned about her daughter’s future when she was referred to Pace. A challenging past led Jacqueline down a tough road at an early age. Pace was the fresh start she needed. Jacqueline was nervous at first, but small class sizes and trained teachers who operated in strength-based and trauma-informed terms allowed her to find her way in the classroom again. A dedicated counselor supported her emotional needs and her “Spirited Girls!” teacher equipped her with the knowledge she needed to make better choices as a young woman. Soon, she became involved at school. Jacqueline began volunteering as a peer mentor for the Pace Big Sister program and was elected President of the Girls’ Leadership Council, Pace’s version of student government. Her grades improved and she earned the opportunity to go on a college tour, experience a personal branding and interview prep workshop as well as attend a STEM conference with her Math and Science teachers. These opportunities kept her focused on her goals and encouraged her to believe she could have a better future.

On her last day at Pace, Jacqueline encouraged her Pace sisters to keep going and trust the program. Her mom stood and thanked Pace for helping repair her relationship with her daughter. Now that Jacqueline has achieved her goal of graduating high school, she has her eyes on the future. She will be enrolling at Valencia College to pursue her next dream of becoming a college graduate.

Skye worked tenaciously to graduate from Pace in August 2015. She entered Pace Treasure Coast as a 16-year-old 8th grader. She had quit traditional school and was attempting to learn through Florida Virtual School, but her academic challenges continued there as well. Feelings of failure turned into depression and hopelessness. Skye just wanted to succeed just like her peers and it was her desire for success that led her to Pace. At Pace, Skye reignited her passion for education and found the small class-sizes were conducive to her learning. With the support of her Pace teachers and counselors, Skye began to reach her full potential. Not only did she find success in school, but Skye overcame significant adversity at home and has emerged from all of her struggles as strong, focused and determined to invest in her Future. Skye has been accepted to start college in the fall.